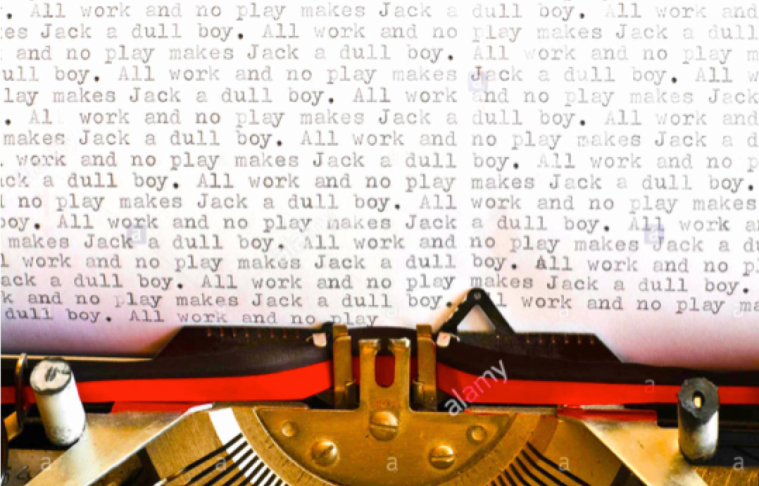 Recently The Daily Beast reported that Donald Trump is already excited about the idea of writing a “tell all” memoir:

[Trump] is planning on it being explosive and assumes (not without reason) that it will be a New York Times bestseller. And since the early days of his administration, he has conveyed his eagerness to get started on the project. “He sounded excited about it,” said one person who was present last year when the president made comments about writing a memoir. “He said it would sell better than even The Art of the Deal.”

Another source, who is a friend of Trump’s, said the president has casually discussed how such a book could be used to dish dirt and settle scores with his foes in the media, the Democratic Party, non-loyal Republicans, law enforcement, and even individuals in his own administration. Trump, according to this person, noted that this memoir could help “correct” the “fake news” already published in popular books and newspapers, and give him the opportunity to spin a juicy yarn on his time at the heights of power.

Mick Mulvaney stared at me from behind his desk in the chief of staff’s office. The man exuded honesty, integrity, and principle in a way matched only by the likes of McConnell, Nunes, or Ross.

I nodded. “And you’re sure my family is all right?”

“You bet. I checked their handcuffs and gags myself. And there’s Netflix and Amazon in the safehouse.”

He peered down his granny glasses at me as the quizzing began. “What great author do you see Trump most resembling?”

I thought for a beat.

The scowl deepened. “Think harder. In human history, who’s the greatest author in the English language—or any language, for that matter?”

I racked my brain. Then it came to me.

“Circle gets the square. You’ve read his previous bestsellers, I presume.”

“What do you think the president’s greatest literary strength is?”

“The president sees this book as a chance to set the record straight; to call out all the ‘fake news’ he’s been subjected to for the past three years.”

“Also he wants people to know he has really long fingers.” Mulvaney winked. There was a pause. “And everyone knows what that means.”

I forced a smile. There was another pause, until Mulvaney spoke, helpfully:

“It means he wants people to think he has a really big dick.”

“I think people are well aware that Mr. Trump is a really big dick.”

“Has one, has one,” Mulvaney corrected.

I made a note and took advantage of the lull to ask a question of my own.

“Will there be much back and forth with Mr. Trump while I’m writing? Normally I’d interview the subject at—”

Mulvaney cut me off. “We need someone who can run with this without needing their hand held. Dig?”

“No problem. But I assume, when it’s done, Mr. Trump will at least read it over to approve it?”

Mulvaney furrowed his brow. “We’ll give him the manuscript, yes.”

That furrowed brow worried me. “Are you saying he doesn’t have the attention span to read his own book?”

Mulvaney was silent, furrowing some more. I narrowed my gaze.

“We’ll get Bill Barr to do a four page summary and someone can read it to him.”

I decided to let it go. “Any books he particularly admires that I might want to read, as models?”

I wrote that down.

“Any thoughts on titles?” he asked while I was writing, as I thought he would, and I had some ready to pitch.

“Sure thing. How about, Trump: Almighty God-Emperor and Savior of Democracy (Part I)?”

“How about No Collusion: How I won the Presidency Without Really Trying?”

“I like it, but a bit narrow. Think bigger.”

“Love that. Might be taken, though—we’ll do a copyright search.”

“Just his refusal to release his tax returns, his multimillion dollar deals with Russia that he lied about to the American people, the $50 million bribe he offered Putin in the form of a penthouse apartment, the money laundering for Russian oligarchs, the real estate fraud, felony campaign finance violations, hush money for mistresses, anything having to do with abortions he might have paid for, the Trump Foundation, the Trump inauguration, his previous marriages, his temper, his early onset dementia—“

I stopped him. “I get it,” I said. “And I presume there will be an audiobook too?”

“For sure. The President will read it himself.”

My eyes must have gotten big, because Mulvaney’s got narrow. “He can read!” he barked, reading my mind.

“Of course.” A coughing fit came over me. Mulvaney looked rattled. He looked down, mumbling to himself, and I noticed for the first time that in his hand he had prayer beads. “If they’ll let him record it from Sing Sing,” he muttered.

“Nothing,” he said, regaining his composure. “Anyway, we can always get Alec Baldwin to do it.”

I nodded. He seemed mollified. “Any other questions, or can we button this thing up?”

“Just one. Why don’t you just hire Tony Schwarz again?”

Mulvaney’s lip curled into a sneer. Actually, it may have done that around 1967 and been fixed that way ever since.

“That is a name we don’t mention around here. The man you’re talking about proved to be a shameless publicity hound and traitor to his country. Wouldn’t you agree?”

“We’re also looking into that rumors he might be Jewish. Jared’s on the case.”

I was confused. “But isn’t Jared—”

Mick cut me off again. “It’s because of people like Schw—I mean, that author—that we’ve developed the GLAS protocol.”

“Ghostwriter Loyalty Assurance System. It’s all in the fine print in the contract. A microscopic silicon chip will be inserted behind your ear, subcutaneously. Should you violate the terms of your contract at any time—say, by getting all uppity and mouthing off to the press—a small electrical shock will be applied remotely, as a reminder of your obligations. Should you continue to act out, the voltage can be increased accordingly. And should you prove completely uncontrollable, the chip is capable of releasing a nerve agent into your bloodstream that will induce a violent and painful death within 24 hours.”

“Normally no. But as a great man once said, it’s not a crime when the president does it. Cool with that?”

“Actually, that’s not much worse than some of the deals I’ve signed in the past.”

“Anything else? I have to get over to the Oval Office and look at paint swatches for the re-education camps.”

Mulvaney waved his hand dismissively. “Oh, there’s no money upfront. It’s an honor just to be asked to write this book, don’t you think?” He continued before I could answer. “But don’t worry: you’ll make a killing in profit-participation. It’s the same deal President Trump has always given his contractors. Ask anyone in Atlantic City.”

I frowned. He seemed to sense my anxiety.

“Hey, if you can’t trust Donald Trump, who can you trust?”

I threw up in my mouth a little.

Mulvaney opened a desk drawer. “So, if there’s nothing else, it’s just a matter of dotting i’s and crossing t’s…..”

He pulled out a fountain pen. I could see that it was filled with my own blood, which the White House medical staff had drawn earlier. He held out the pen and slid the contract across the desk, nodding for me to sign on the line which was dotted. “Just think,” he said, smiling, “you’ll always be remembered for your part in telling the Trump story.”

As I took the pen, I smelled sulfur.